Bennachie Coffee is a local coffee roaster in Aberdeenshire. Rocket Five were approached to update their logo for use online and for packaging. The new logo is an evolution of the previous version, removing the stock mountain image they used and replaced it with the distinct profile of the hill Bennachie from which the company is named after.

Multiple sketches were produced to explore different options initially, but ultimately it settled back into a style that they were familiar with. To find the right footprint for the logo, several layouts were created of all shapes and sizes until the round version was agreed upon. 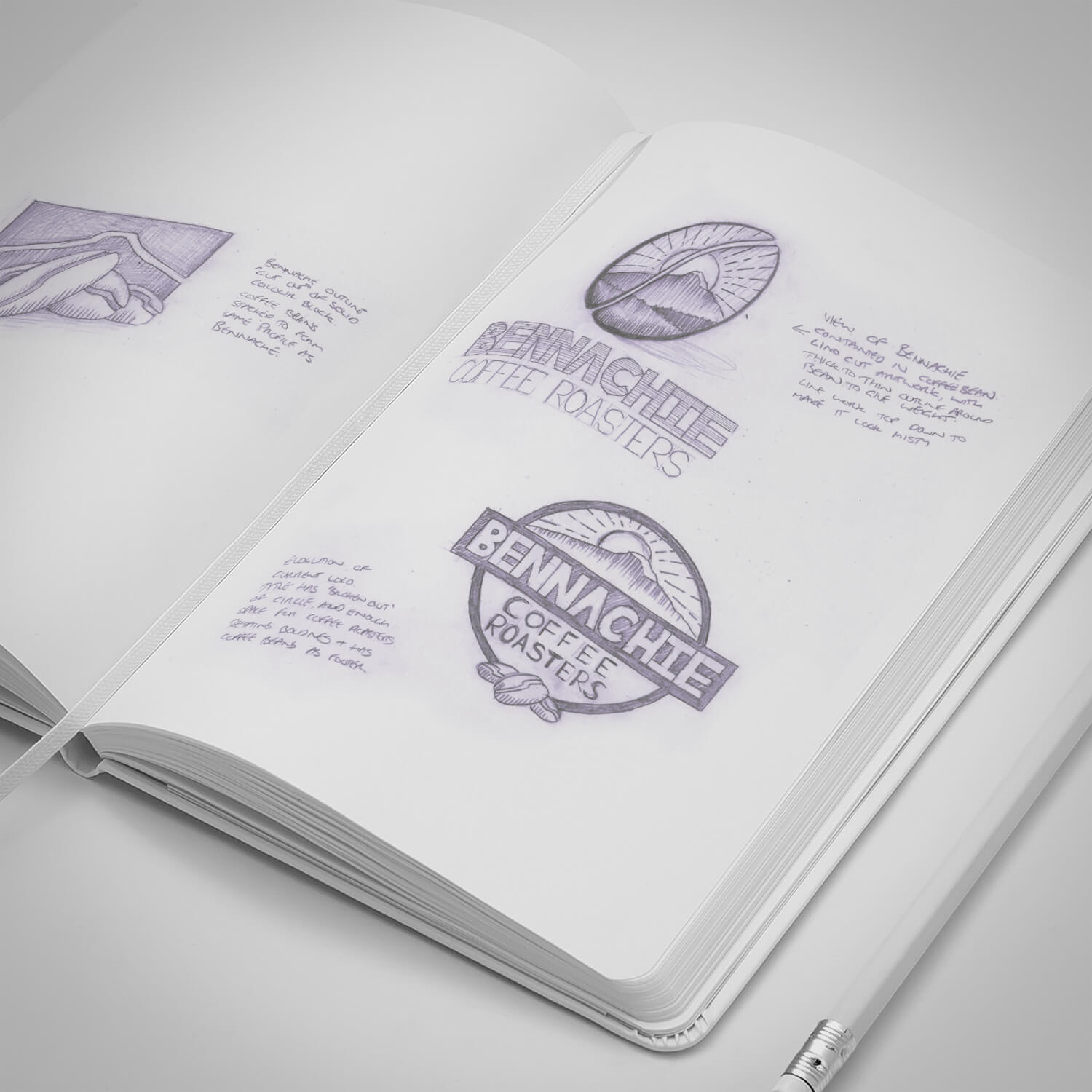 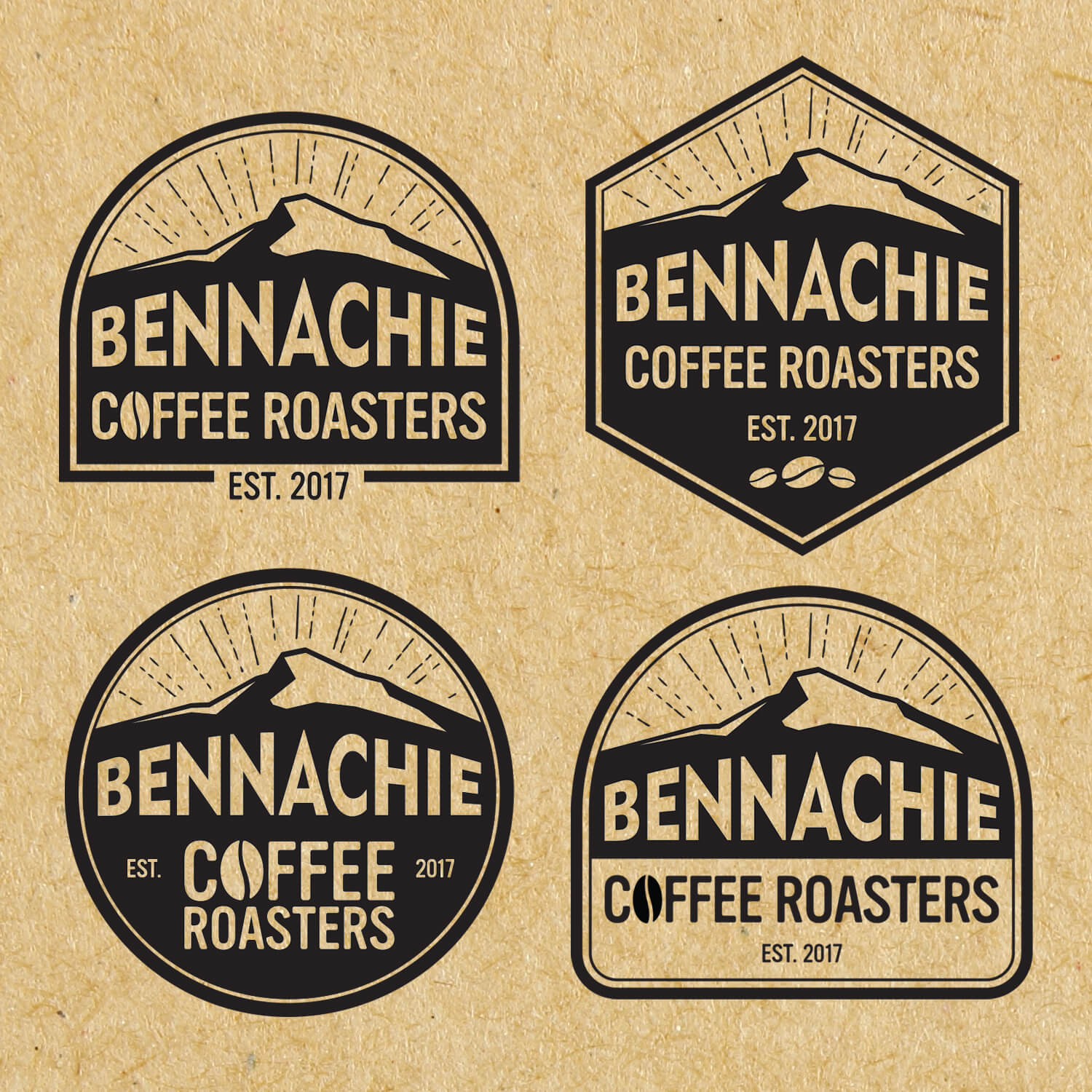