Atlas wanted an image that was dramatic and bold for their marketing material that illustrated their presence in the hostile offshore environment of the North Sea.

Based on the ‘A’ element that they used quite prominently, sketches were developed to show concept and layout, and once agreed, proof of concept was produced. Once this stage was finalised, work on the image could commence.

The image is made up of several different elements as you can see below. The sky and ocean were 2 different images pieced together and colour matched. A 3D rendered 'A' was positioned over the background in the correct position, as were the helicopters which are also rendered in 3D. The oil rig and supply vessel were carefully chosen via an image search so they could seamlessly blend into the scene. Each element was colour corrected to match the scene (mostly from day to night), and the lights, waves,flames and flowing water were painted in by hand. The rainy effect was then added with spray on some elements, and droplets visible as if on a camera lens. 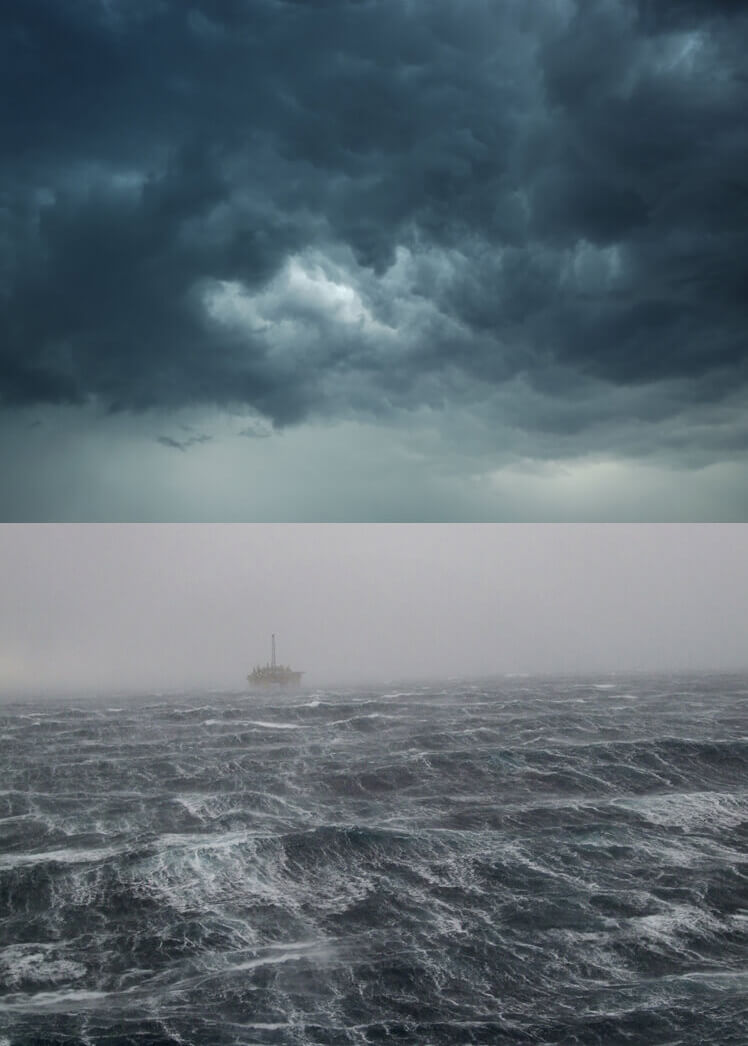 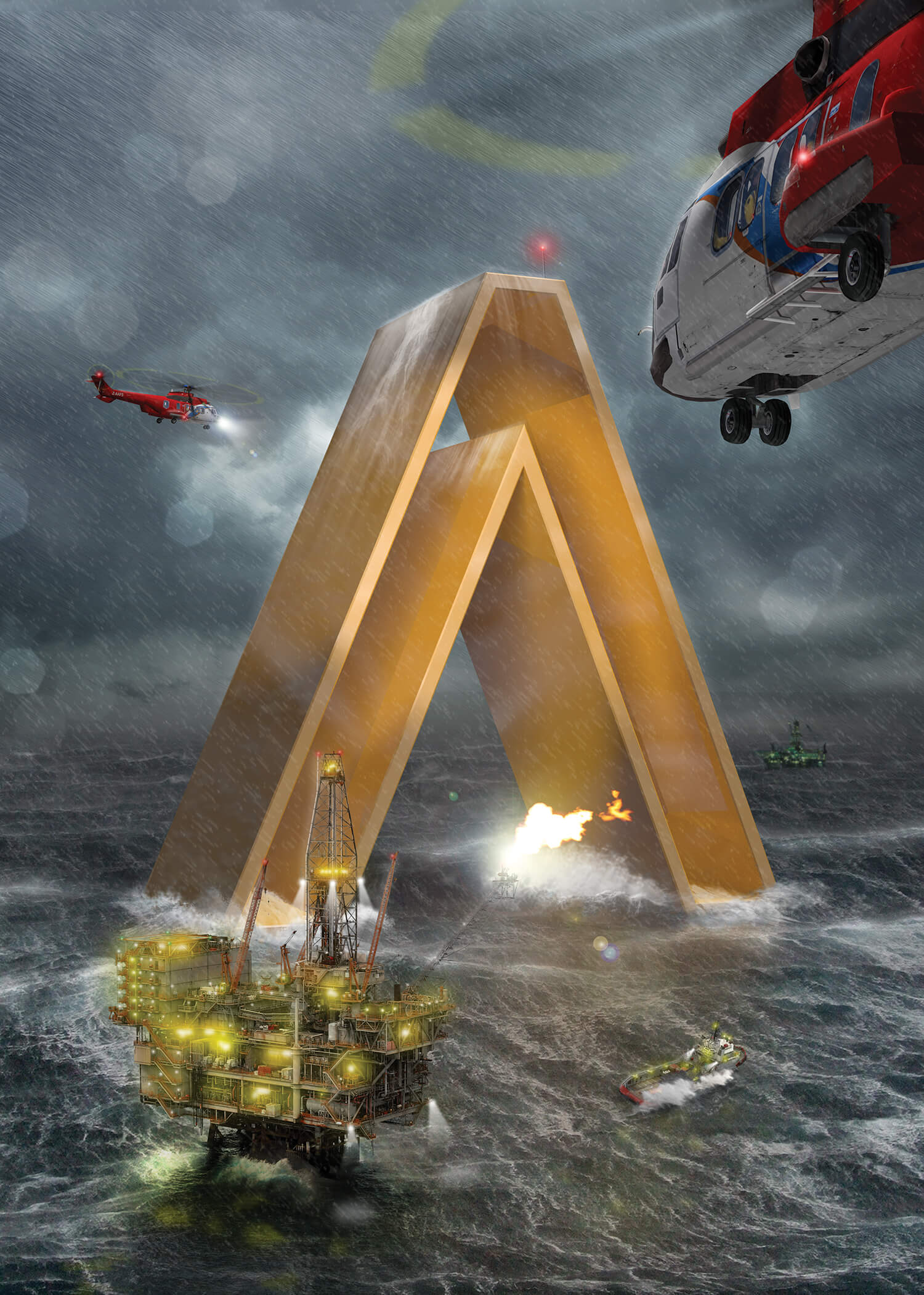 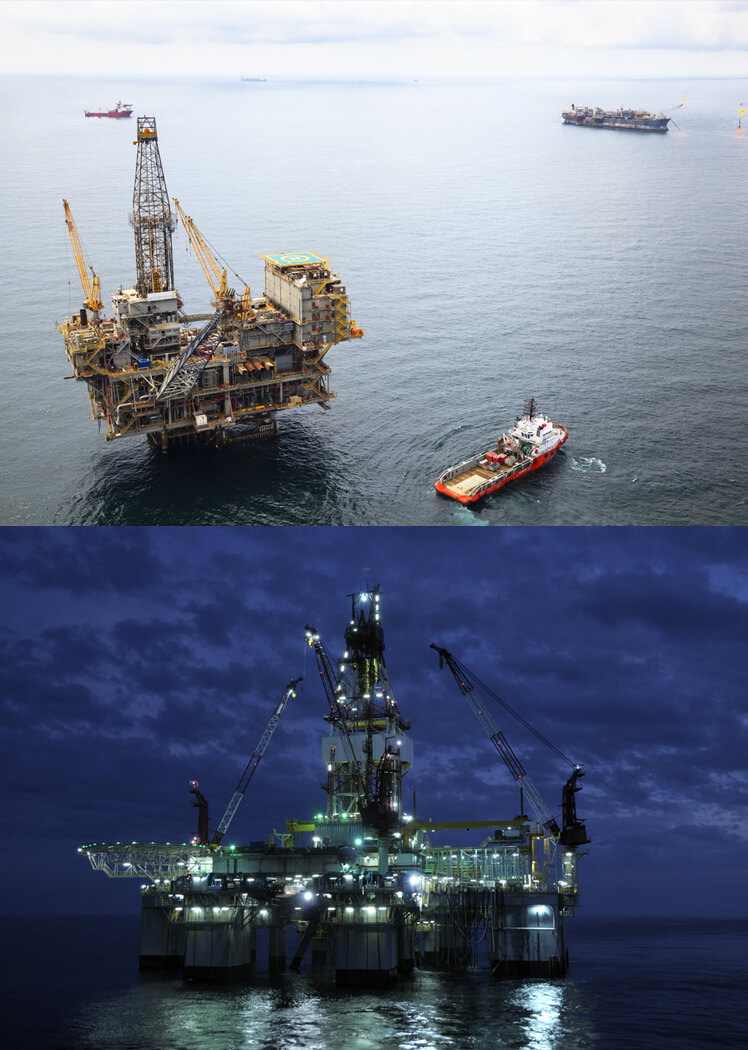